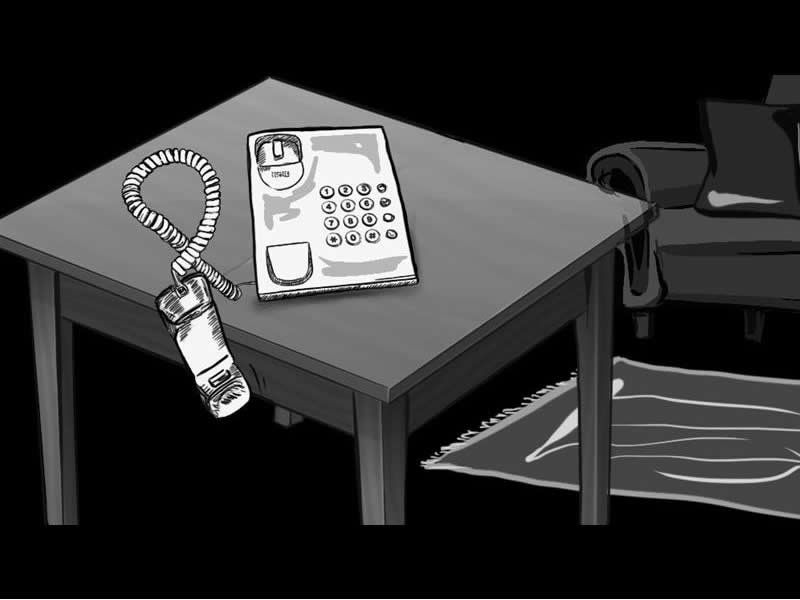 Before the global lockdown, most governments did little to combat gender-based violence. While almost every government would express their commitment to ending it, announcing a slew of policies and plans, most were quickly abandoned, landing with a dull thud on the floors of parliaments and presidential offices the world over.

The grim reality is that in the face of the hyperbolic kumbaya of campaigns to end violence against women, half of the women killed worldwide are murdered by men who are intimately known to them: their boyfriends, partners, uncles, fathers, brothers, friends.

One of the main reasons for the failure of states to address domestic violence, in my view, is because the lofty campaigning and high-level promises lack detailed and properly funded interventions.

In a strange twist, however, the global lockdown has seen a type of intervention in domestic violence cases that is most unusual. For the first time, a handful of states are creating, funding and implementing some very clever steps to help women locked in abusive homes. These include secret codes in pharmacies – the now-not-so-secret mask-19 request as a signal that one is being abused. The significant budget allocation to shelters and specialist police units; online applications for protection orders; prioritising complaints of child abuse in the court systems; emergency warning systems in grocery stores; funding hotel rooms for victims who need to escape violent homes; and pop-up counselling centres.

The question, of course, is why governments could not do this before the virus.

One reason the lockdown has triggered these interventions is that governments are in crisis mode. They are having to look at the COVID-related consequences for all social ills, such as access to housing and food security, especially for children. It is the global calamity and the effect that this has on society as a whole, that has led to these effective, innovative interventions. But these interventions have always been necessary, and will continue to be necessary post-lockdowns. This is because for so many women, leaving an abusive relationship is not a choice.

Another answer is because the complaints of domestic violence have increased since the lockdown, in some countries by as much as 50 percent. Women are forced to remain at home because of the lockdown and do not have recourse to regular points of assistance.

This suggests that before the lockdown, women could escape abusive relationships. This is not correct.

While it appears that abused women have the freedom to leave, flight is often a fallacy. At times, victims of intimate violence quite literally are imprisoned and held against their will. Abusers also implement a more subtle procession of isolating factors: the abuser may control the daily activities of the abused and prevent her from visiting family, friends or neighbours; he may threaten to kill or harm her children if she leaves. Escape may also precipitate escalated violence against the woman or her children. The abuser may also threaten to take away her children or harm her family members, or work colleagues if she reports the abuse.

While it is well known, it is worth remembering that the conflation of physical violence, mental manipulation and threats of harm, form a barrier to liberation that can be as restrictive as prison walls. In such circumstances, the victim’s “choice” to escape dissipates and, in reality, she is left with only one option: to stay. Women facing abuse have always locked down, in the same way we are now.

I will never forget, when I first started as a human rights lawyer more than 20 years ago, the story of one of my first clients. She could not consult in person and had lodged an emergency call for a lawyer to phone her back. She was very specific about the time to call; this was when her abuser would be out.

When we spoke, I explained the legal position: her rights; the duties of the police; the procedure to obtain a protection order; and the possible content of this type of order. After a long silence, my client told me she had been locked in the house for a year. She physically could not get to the police or the courts. The police refused to come to her.

But let us assume that somehow these barriers are overcome and a complainant reports the abuse to the police.

And let us assume that the police believe her and do not tell her that all women lie.

And let us assume that the case will go to court and be allocated to a judge as a matter of urgency.

And let us assume that her employer will give her time off to go to court.

And let us assume that the matter is not postponed.

Let us make all of these loaded assumptions and envisage the complainant walking into a courtroom, one of the most intimidating locations. And there she sees her abuser, the person who has beaten, raped, humiliated and threatened her. All the pain and fear needs to be overcome and somehow she must be able to give evidence to strangers about the most personal and intimate trauma. And she must do so in a way that makes her be a “good witness”. She must be self-assured, and confident about the details of the violence and the harm. And most often, she must do this in a room where the majority of people are men.

And all of this assumes that during this process the complainant has a safe place to stay with her children. This scenario, and all of the underlying assumptions, are predicated on the practical need of the complainant to be safe. Most countries have limited shelters and few are actually government-funded. Many shelters are not able to accept women with teenage male children (understandably) but what do such women do?

So when a politician says “we commit to ending domestic violence” and does not fund places of safety that respond to the different circumstances of different women, then their verbosity withers away into the morass of institutionalised discrimination that fails women repeatedly.

For as long as we have a justice and law enforcement system that is beset with constant and insidious barriers for women to be safe, then we really should be wary of campaigning jargon. We will never “eliminate” gender-based violence if there is impunity for those who commit the crime and no accountability for state actors who fail to act in accordance with laws designed to protect such women.

One must ask why it took a pandemic to focus leaders’ minds on another pandemic (gender-based violence) and the gritty detail of interventions that will actually work for victims. I speculate that one of the reasons is that suddenly, there is a universal understanding of what it means to be locked down at home. We are, in other words, closer to understanding the terror of enforced insulation than ever before.

I hope very much that these innovations do not end with the cessation of states’ lockdowns. All of the mechanisms introduced for COVID-19 would be effective post lockdown. They provide places of safety, accelerated court dates, counselling, coded calls for help. These are all needed irrespective of whether one is trapped because of a lockdown or effectively trapped by the abuse.

For, in the quagmire of disquieting fear and uncertainty, there is one indisputable fact: The lockdowns may end but violence against women will not.

And for those who suspect this is hyperbole, let me assure you that one in three women reading this article will nod their heads in understanding.

The views expressed in this article are the author’s own and do not necessarily reflect Al Jazeera’s editorial stance.